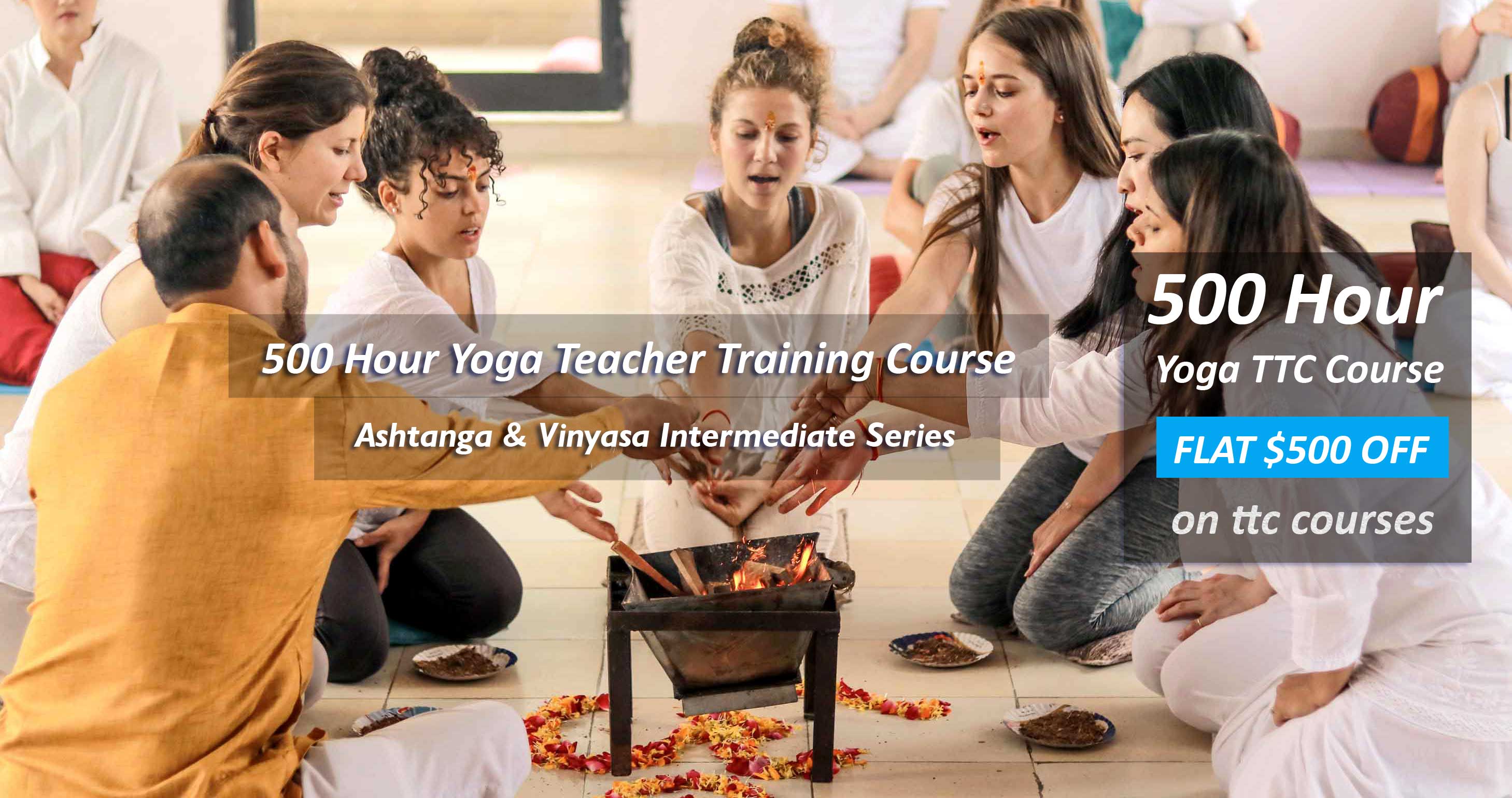 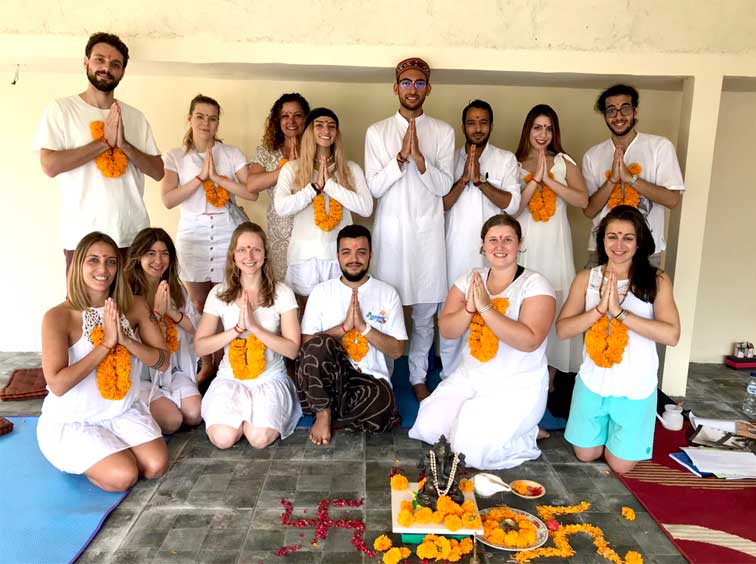 The 500 Hour Yoga TTC in Bali Indonesia is specially designed for the advanced level yoga practitioners to sharpen their skills and techniques of Yoga. This course will award you the in-depth knowledge of Yoga and help to build your personality as a Yoga master. This course of Yoga Teacher Training helps in eradication of the smallest possible defect in the yoga asana and forges you as Yog Guru with supreme Yogic knowledge. Bali Yoga Ashram is among the Best Yoga School in Bali offering the 500 Hour Yoga Teacher Training Course to advanced level yoga practitioners. Bali Yoga Ashram is known for its finest and in-depth teaching of different types of Yoga and postures. One must complete a 200 Hour Yoga Teacher Training Course to enroll in the 500 hours Yoga program. Our advanced level yoga course comprises of detailed study of Yoga Asana, Meditation, Philosophy, Anatomy, and Pranayama. We not only focus on brushing up the yogic knowledge but also enhances the class conducting techniques. Our 500 Hour Yoga TTC in Indonesia is divided into two sections i.e. 200 Hour Yoga TTC and 300 Hour Yoga TTC. After the completion of the 200 Hours Yoga Teacher Training Course, we move on to the 300 Hours Yoga Teacher Training Course. However, in between the courses, our students will get 6 days of free time. Moreover, we won't charge for accommodation and food facilities during that span of time. Pranayama, Yoga Philosophy & Anatomy, Meditation, and Multi-style Yoga Asana are included in our course curriculum. We follow the set rules and regulations as instructed by Yoga Alliance, USA. We during our 500 Hours Yoga TTC focuses mainly on perfection in Yoga Asana and Knowledge.

Known for amusing the travelers with its sky-high hills, breathtaking views, green surroundings, natural atmosphere, and plenty of serenity, Bali is one of the famous hotspots of Yoga learning. Yoga TTC or Yoga Retreat in Bali is always something that can provide an unforgettable experience of Yoga learning to the yoga freaks. The divine intervention of Bali due to large numbers of holy places helps in providing the spiritual essence to the art of Yoga. One can find a number of best Yoga school in Bali to kick start their career of Yoga.

Bali Yoga Ashram considers the sutra of yoga as the general guidelines that can help in spiritual growth to follow the path of happy living. These are not only a belief but we had tested this yoga style on our practitioners and the result is optimum. Our Ashtanga Yoga Teacher Training Course in Bali is conducted by a team of expert professionals with vast years of experience in the field of yoga. Our Ashtanga Yoga TTC in Bali is designed as per the Teacher Training Course requirement to register a person with the Yoga Alliance. After the successful completion of the yoga teaching course in Bali, our yoga school in Bali award the certification to our students that qualifies them as a registered Yoga Teacher in Ashtanga Yoga.

Bali Yoga Ashram considers the importance of Vinyasa Yoga in the attainment of the factual yoga knowledge. We believe that Vinyasa Yoga helps in synchronizing the Yoga poses and thus imparting the proper balancing to the mind and body. Our Vinyasa Yoga TTC in Bali is designed as per the Teacher Training Course requirement to register a person with the Yoga Alliance. After the successful completion of the yoga teaching course in Bali, our yoga school in Bali award the certification to our students that qualifies them as a registered Yoga Teacher in Vinyasa Yoga. We included The Vinyasa Flow and advanced Vinyasa Flow classes in our Yoga Teacher Training Course. It helps in building the strength of the body throughout the yoga session. This series can be used to make the body warm. 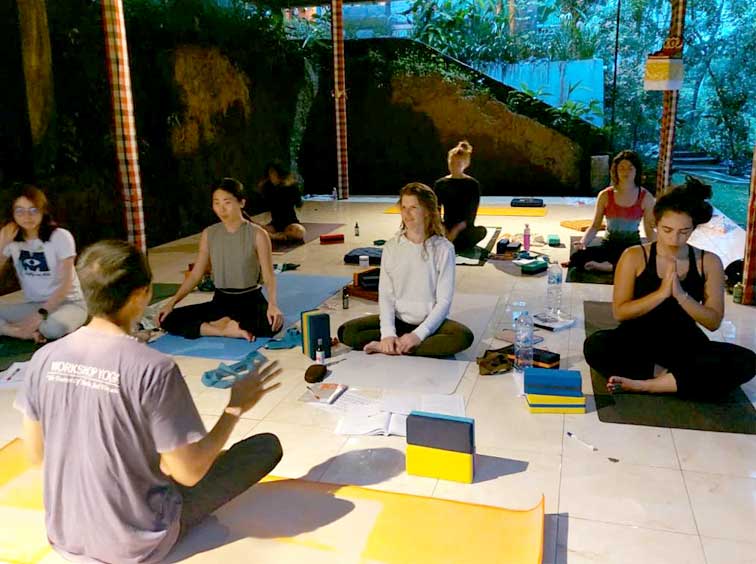 Our Vinyasa Flow class can take 3 to 4 hours depending on the strength and energy level of our yoga students. This helps in linking the various Yoga Asana with one another during your movement. It includes the continuous series of Upward- Facing Dog Pose, Downward Facing Dog pose, Chaturanga asana, Plank sequence.

In 200 hours TTC Ashtanga primary series will be practiced thoroughly and In 4rth week students will be examined in their Mysore style practice if they have learnt to practice Ashtanga vinyasa traditionally without being guided / in Mysore style.

note:- all these additional classes are not part of the course but included additionally

300 Hours Ashtanga Yoga Teacher Training Course in Bali includes the intermediate to advanced level Traditional Ashtanga Yoga Session headed by a team of experienced yoga teachers. Our yoga students during the teacher training program emphasis on the daily practice of the Ashtanga yoga. Ashtanga Yoga refers to the "eight limbs" described in the Yoga Sutras. It is one of the optimum paths to attain the self-realization state. However, steps in this yoga are not in symmetrical order but it is considered as the perfect path to connect the human body, mind, and soul with the Spirituality. Meditation during your Ashtanga Yoga classes can help you in connecting your soul with the supreme power of the world. This comprehensive Yoga TTC program is designed as per the requirements of the 300 Hours Yoga Teacher Training Course as guided by Yoga Alliance. 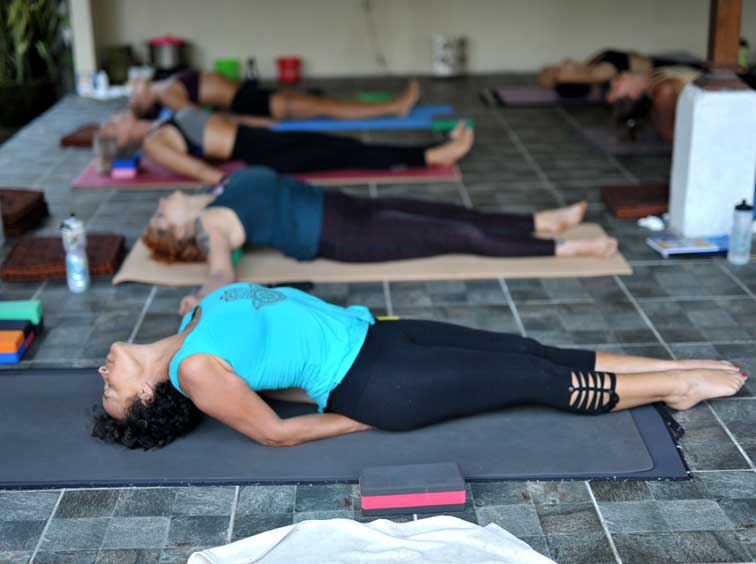 300 Hours Advanced Vinyasa Flow Yoga Teacher Training program in Bali is an intensive program of four weeks that helps in building the strongest foundation of yogic knowledge and deepen your yogic skills. To enroll in the 300 Hours Yoga TTC program in Bali, one must successfully undergo a 200 Hours Yoga Teacher Training Course. Our Vinyasa advance level TTC course strictly focuses on the proper sequence of the Vinyasa Flow style classes of yoga. During our Vinyasa Flow class, Bali Yoga Ashram makes sure that our students will know about the structural components, principles, and technical aspects of the Vinyasa flow class. To deepen your yoga knowledge and practices, we spend most of our yoga classes time in the expansion of your yogic knowledge and giving attention to the anatomical structure and alignments. 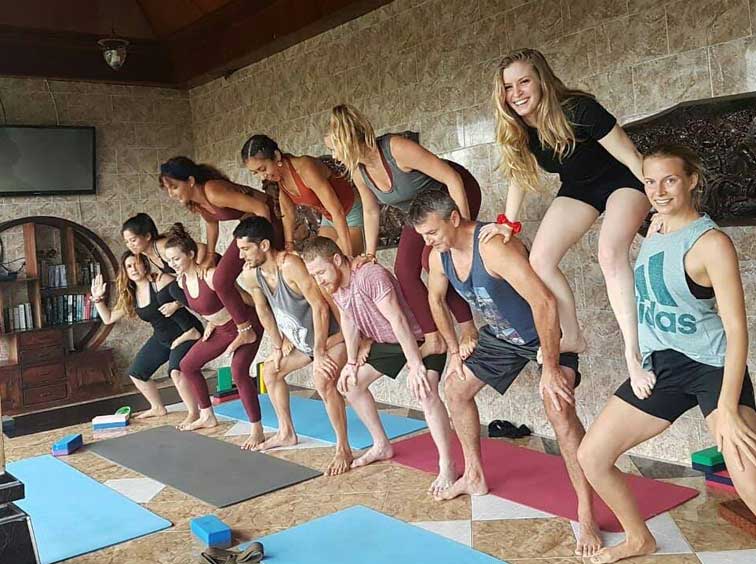 In-depth learning and understanding of Meditation, Philosophy, and Pranayama are some of the major parts of the Vinyasa TTC class. This course will help in the overall transformation of the power of yoga and make you prepare for advanced.

and for rest of the two weeks Ashtanga Intermediate series( Nadi Shudhi) will be explained and practiced as per the level of students postures will be practiced with appropriate modification. 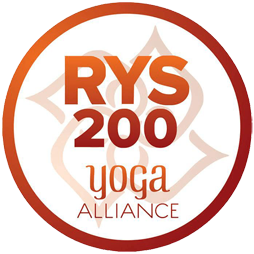 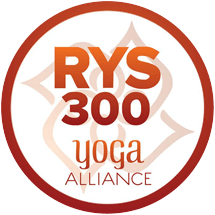 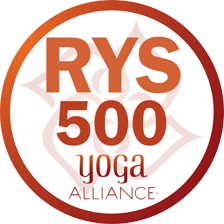 Yoga Alliance is the nonprofit professional organization and membership trade specially designed for the yoga teacher community with its head office in Arlington, Virginia, US. Yoga Alliance offers the certification in 200, 300, and 500 Hours Yoga Teaching from a Yoga Alliance registered Yoga school after completing the standards of yoga teaching involved. A person who wants to become a registered yoga teacher should complete the following Teacher Training Course. The registration of yoga school and teachers are the voluntary credentialing system. Registration of teachers is a list of teachers who had successfully completed the Yoga Teacher Training Program by meeting all the requirements as per the Yoga Alliance standards. It is the largest nonprofit yoga community association all over the world. The mission of Yoga Alliance is to support and promote the diversity and integrity of yoga teaching. A registered Yoga Teachers must undergo a successful yoga teaching program & confirmed by a Register Yoga School. 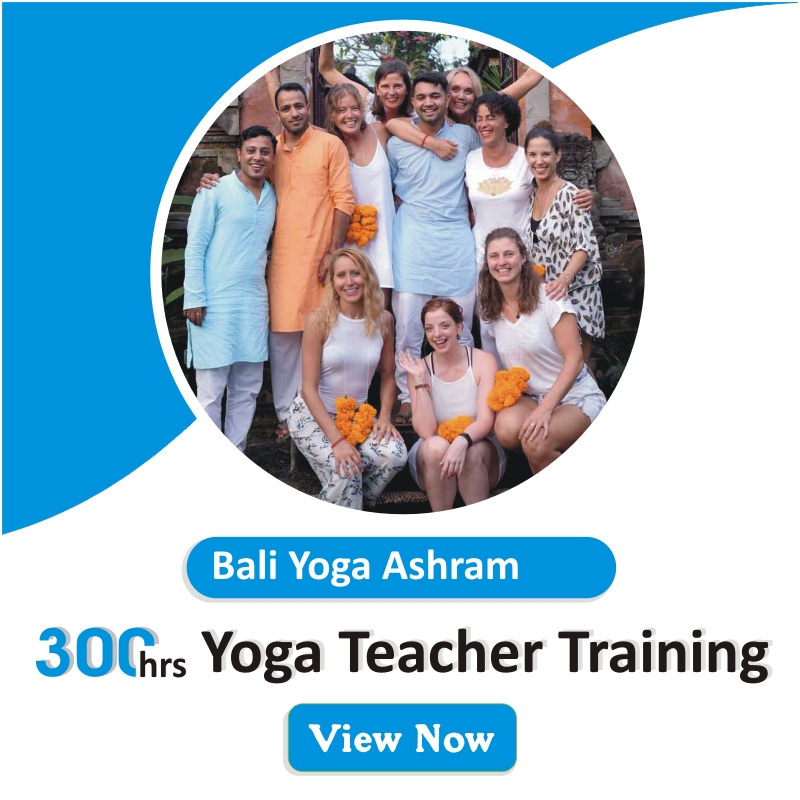 Yoga Alliance helps to understand the diversity of yoga traditions, yoga styles, and lineages. It helps in advocating safe yoga practices and self- regulation in the field of yoga. Yoga Alliance aims to multi-folds the growth of this art of health & wellness and educating the credibility and values of yoga across the world. Yoga Alliance makes sure that every yoga aspirant must follow the set standards and guidelines of yoga. They can also help in providing full and fair feedback to the RYS to make sure of the flourishment of yoga. We guide yoga schools and students to build perfection and proficiency in yoga. 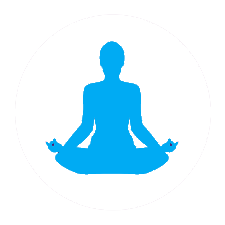 The certificate that shows the students have met the requirement and standards of Yoga Alliance.

A directory or list that tells the world about your qualification level with Yoga Alliance registered school.

Easy access to the live online workshops and recordings of the great yogis to learn more about yoga in a profound way.

Invitation to the meetups and community events hosted in your location. 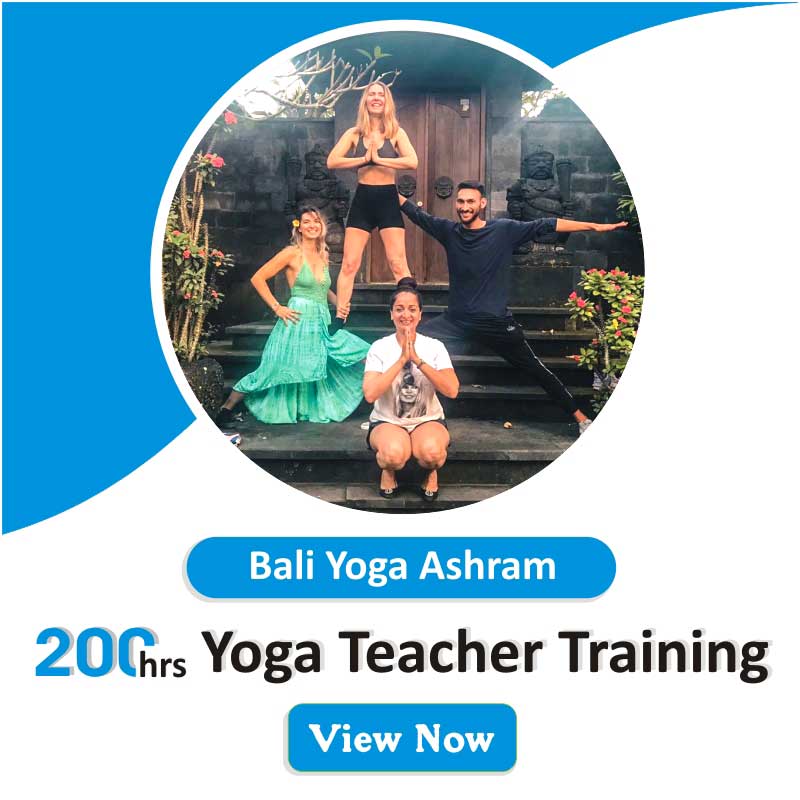 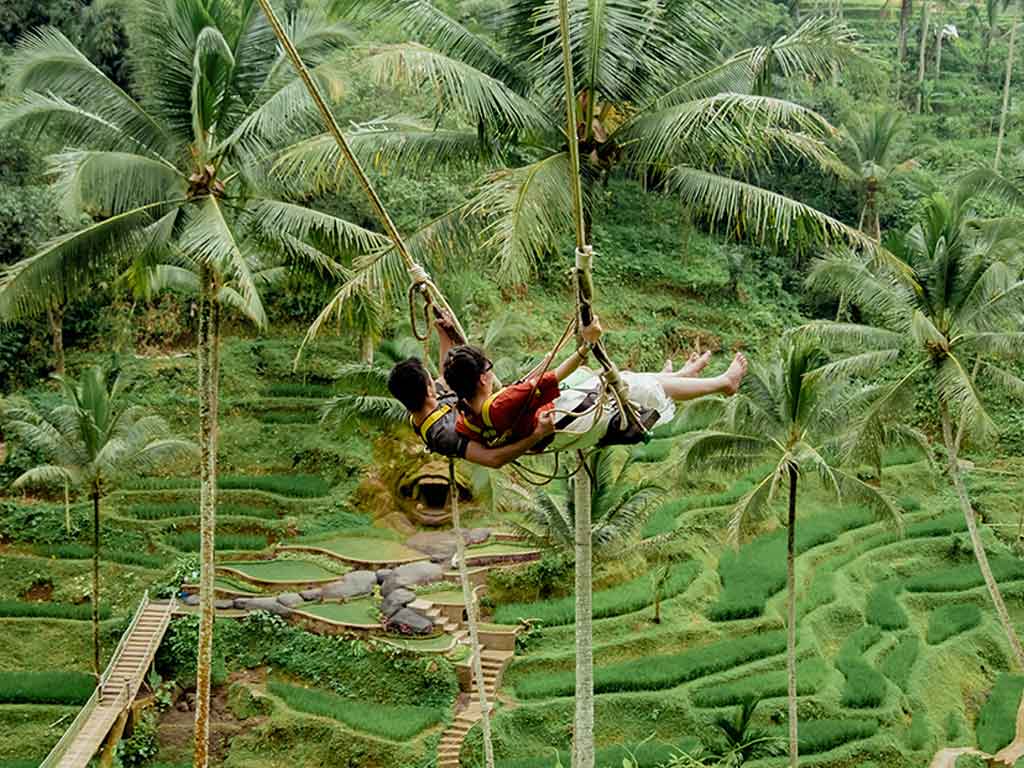 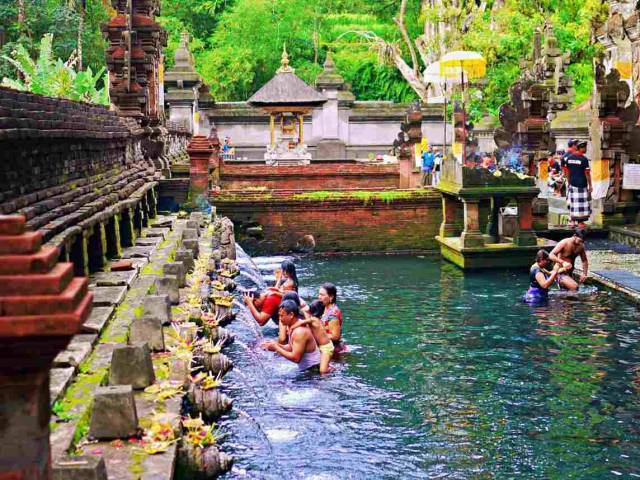 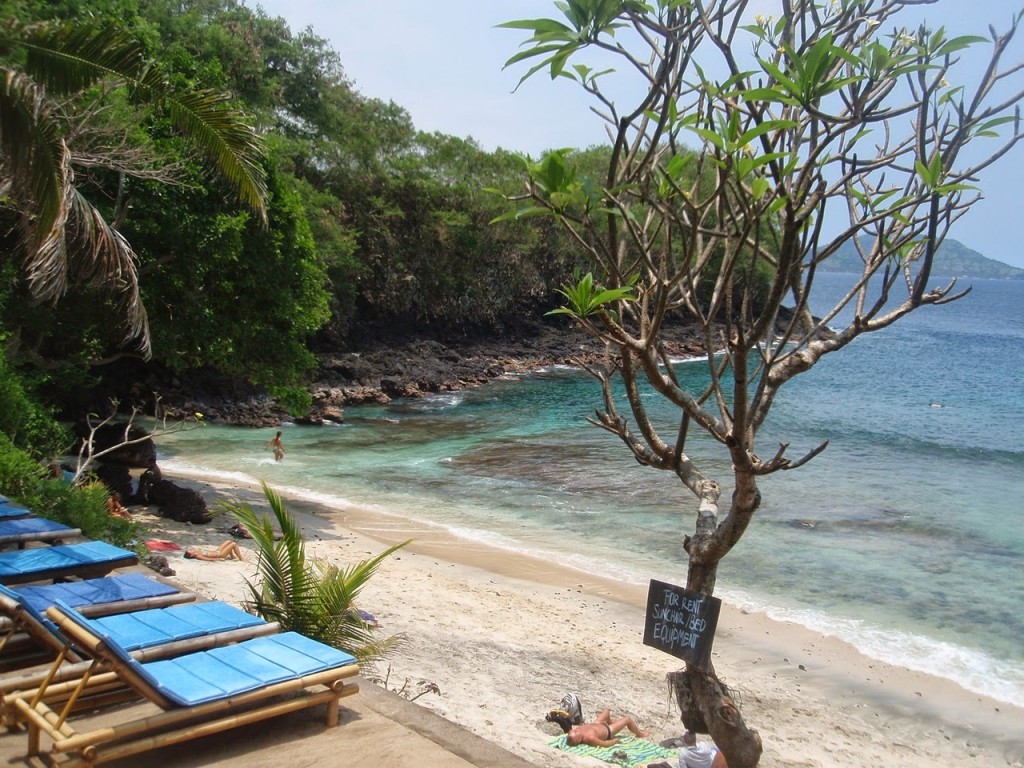 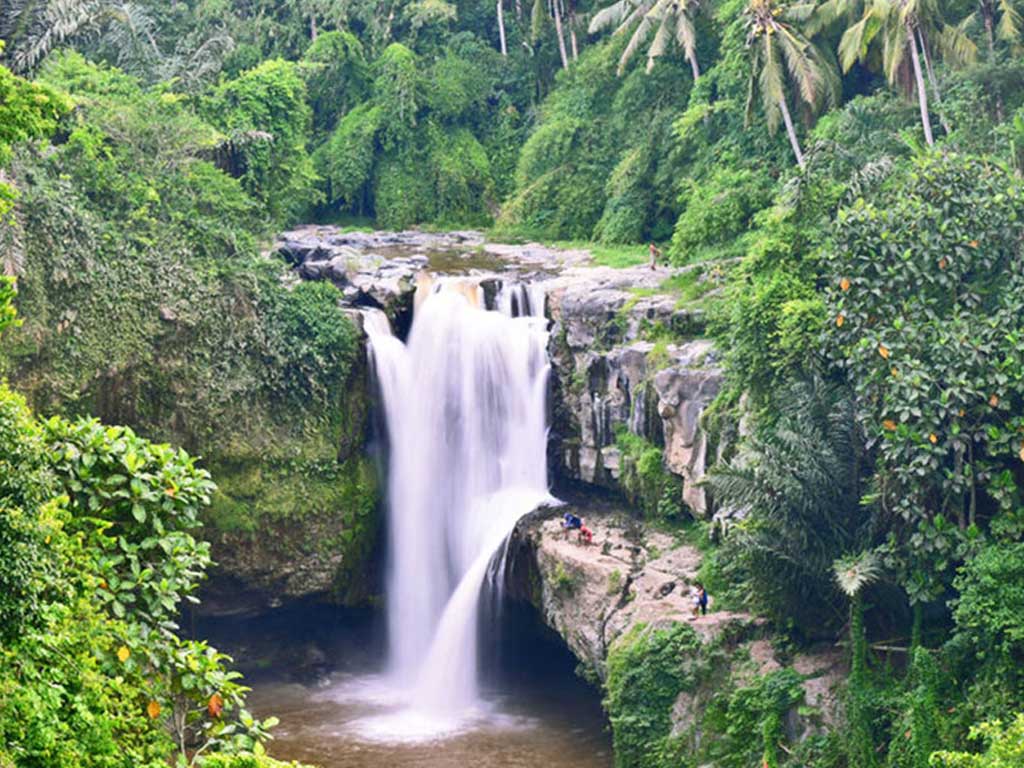 What is not included ? 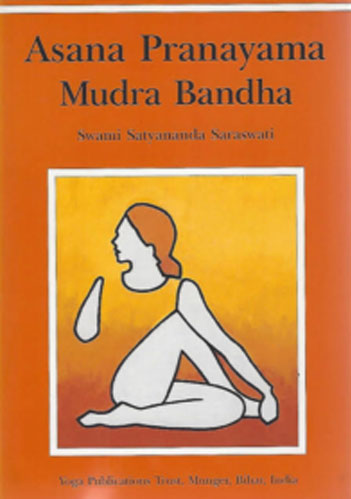 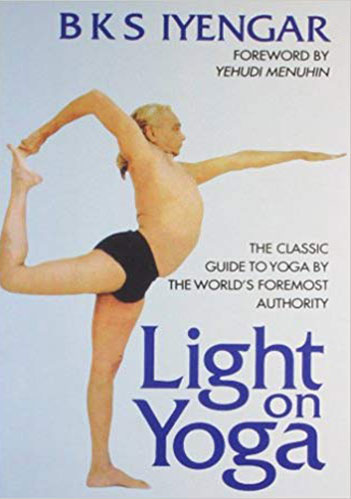 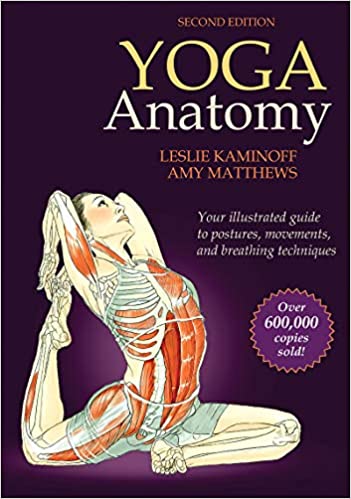 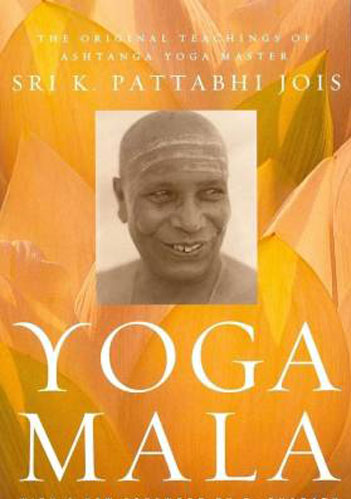 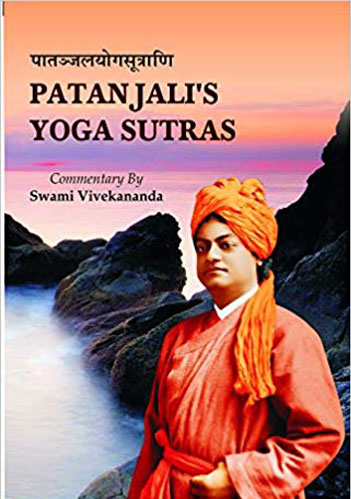 Note: All classes are mandatory only in case of an emergency or illness one can take leave with respected teacher permission. Uninformed leaves won’t be accepted and this will leave bad impression on student monthly performance.

Prerequisites : Overcome the theoretical and practical tests that are proposed and perform the formative assessment tests, which will be indicated throughout the course, in order to obtain the corresponding accreditation. Daily study. For a good use of the course, the student will commit to dedicate at least two hours to the daily study. Teaching materials. The student must know that for this course he will be given didactic material protected by copyright. Punctuality. Classes have their established start time that must be respected at all times. Optional reinforcement. The student may request these optional reinforcement classes.

Discipline Rules for Students : Smoking and alcohol are strictly prohibited in the school. If you are having a fast any day, you have to inform kitchen manager for avoiding food waste. Always make discipline, respect teachers and follow all rules. Always be in the time, you are late means will not be permitted to join class. Clear your books of account before departure from Bali Yoga Ashram. Before departure return your books, maps or any goods which you borrowed. Bali Yoga Ashram provides accommodation for a student who join the yoga course. So any friends or relatives will not be included in accommodation however they can stay in school by renting another room. Student have to be present in all scheduled program of Bali Yoga Ashram.

If you have any questions simply use the following contact details.